The latest gaming systems, such as the Xbox One X and PlayStation Pro, even offer 4K resolution, the most pixel-rich option in the new world of ultra HD. But for retro gamers, or even for movie enthusiasts who have a lot of classics on VHS, these new ultra HD TVs can pose a number of challenges.

The problem is two-fold. First, the RCA and aux signals from the NES, SNES, Sega Genesis, and other older game systems are analog. This means they’re poorly-suited for digital upscaling, as opposed to lower-resolution DVD video that can be easily upscaled. Secondly, modern HD and ultra HD TVs aren’t designed to upscale these analog signals, and haven’t been since the very earliest years of HD television. 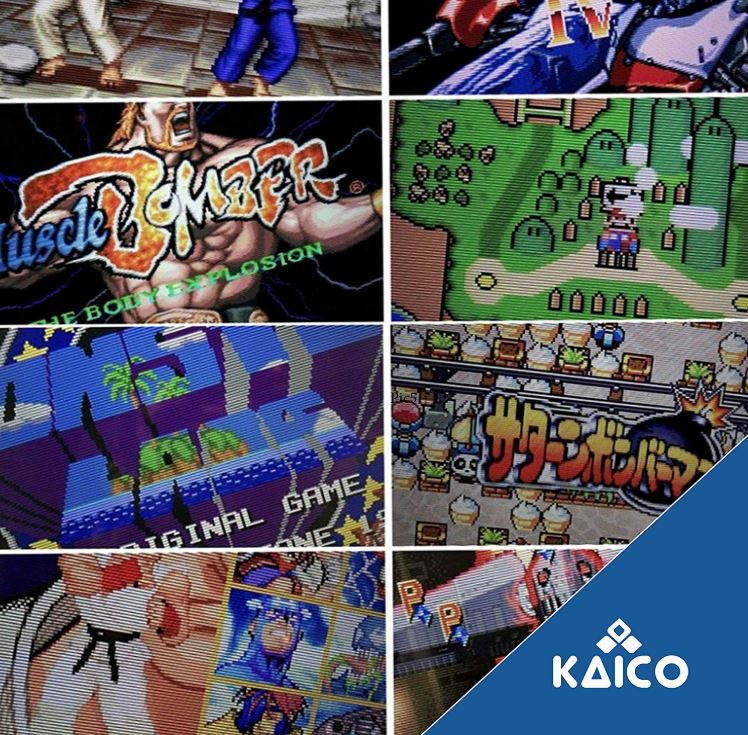 This leaves fans of retro gaming in a bind. You can keep an old CRT TV around just for your old game systems, or you can play your retro games on your sweet new gaming TV and deal with the grainy, blocky picture. Of course, you could also use an emulator, but then you wouldn’t get to enjoy the full experience of playing on the original controllers.

Fortunately, there are many standalone conversion boxes available to upgrade your retro console’s signal. Unfortunately, most of these options are pricey, proprietary systems like the Microsoft XRGB. These systems can also lock you into the same firmware if the manufacturer drops support.

Kaico’s Open Source Scan Converter (OSSC) is designed to boost your old analog signal at a significantly lower cost. And unlike proprietary choices, it features an SD card slot for uploading new firmware if any becomes available. And because the firmware is all open source, there are multiple firmware versions available for download. But while this sounds great in theory, we wanted to see how well the Kaico works in practice. Here’s what we found. 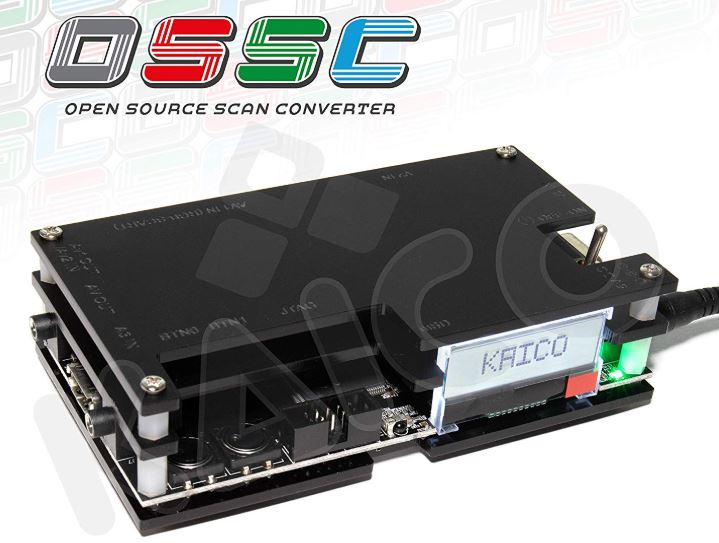 What is a Scan Converter?

Older, analog video signals relied on a process called “interlacing” to send video signals across older wiring. In this process, the odd and even rows of pixels in each video frame are sent separately. So for a 30 FPS signal, the screen would partially refresh 60 different times. On the first “beat” of each frame, the even numbered rows would refresh, followed by the odd numbered rows, and so on. With newer technology, interlacing became unnecessary. Nowadays, even 60 FPS signals can be sent over the wire a frame at the time, and a modern LCD screen can easily refresh 60 times per second or even faster.

The problem with this is that when an interlaced signal gets sent to a modern screen, the odd and even rows will flicker back and forth, which looks really weird. Edges get fuzzy, colours lose their intensity, and motion blur can become downright obnoxious. To solve this problem, the analog signal needs to be properly processed and upscaled. A scan converter simply converts the interlaced, analog signal to a deinterlaced, digital signal, so it will look as attractive on your 4K TV as it did on your old CRT.

If you were looking to convert a newer HDMI signal to an older VGA signal, you’ll need a different type of adapter. For that, check out our review of the best HDMI to VGA converter adapters. These affordable dongles will bring new life to your old, obsolete monitor, so you can continue to use an older screen even with a brand new gaming PC. 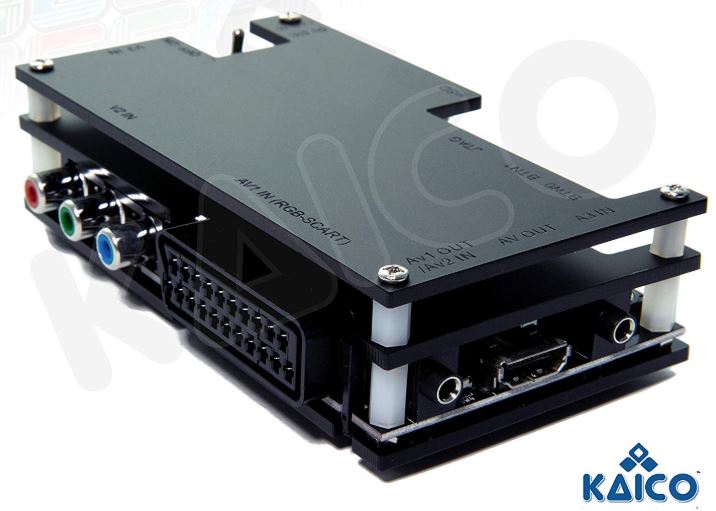 The OSSC has an industrial-style design, which looks like it would be more at place in one of Amazon’s mega server farms than on your entertainment center shelf. The top and bottom consist of a set of heavy-duty PVC plates, which are screwed together with the circuit board positioned in between. There’s plenty of space between the plates for air flow, so there’s no need to worry about overheating as long as you leave the sides unobstructed. The design does have some sci-fi appeal, with many of the components clearly visible. That said, we would have liked to see a sturdier case, but you’ve got to make some sacrifices when you’re looking at an open-source product. 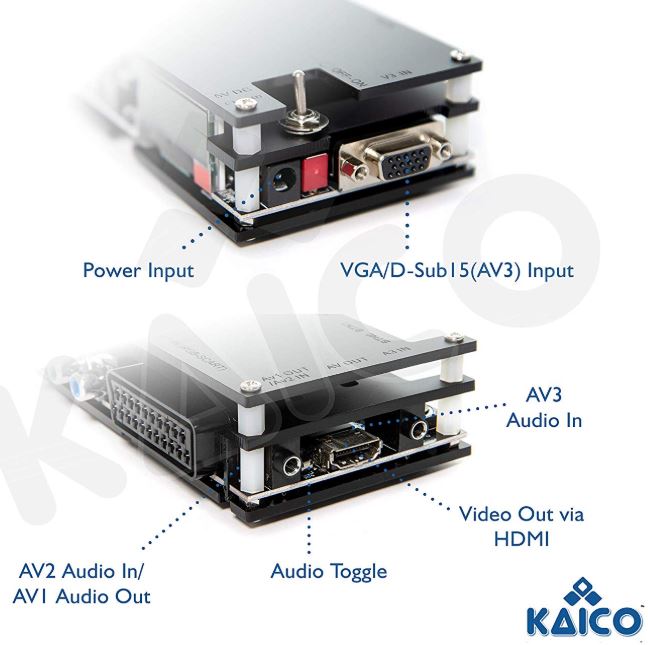 Physical controls consist of a single on/off toggle switch on top of the unit. Other than that, the rest of the options are controlled using the remote control, which is included in the kit. A businesslike, backlit LCD screen on the front panel provides feedback on all of your changes to the settings, and a pair of square LCD lights indicate whether the OSSC is turned on or off. The default settings should work well enough for most people, but there are plenty of ways to fine-tune your image, and you may have to make some changes depending on what system you’re running and what game you’re playing. Make sure to read the manual before you reconfigure anything.

On the back of the OSSC, an old-school SCART input is ready to accept single-piece RGB connections. There are also a set of ordinary component inputs, so you can connect a wide variety of older video game consoles. On the left side, an HDMI output feeds high-quality 1080p video to your LCD TV. For audio, you can either use a component input, or use a 3.5mm aux cable to bypass. A switch on the left side of the OSSC allows you to toggle the aux audio on and off. 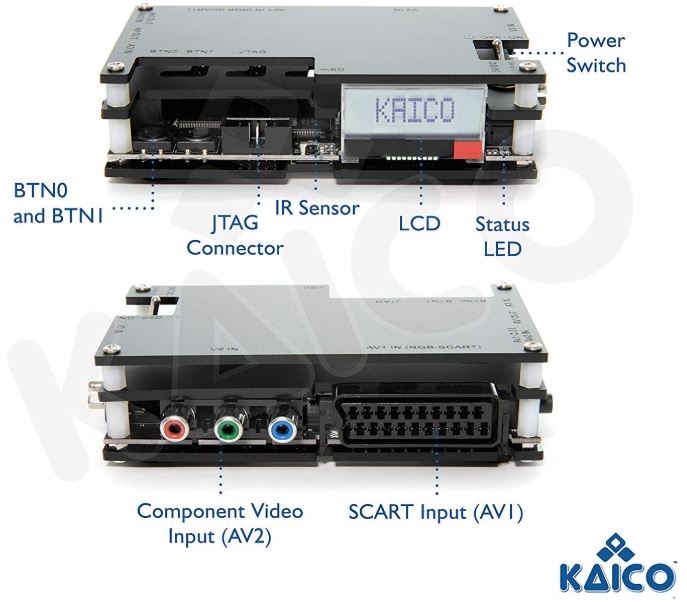 Compatibility and Ease of Use

One thing to be aware of is that the OSSC does not include an S-Video input. As a result, it won’t work with a Nintendo 64, most Gamecubes, or some modified NES systems. That said, you’ll still be able to connect any console that uses an RGB connection. These include the original NES, the Sega Genesis, and Atari game systems, as well as earlier PlayStation systems and the original Xbox.

Of course, the most important thing that matters when choosing any video equipment is how good the picture quality is. In this regard, the OSSC does a fantastic job, particularly when it comes to dealing with an old, interlaced signal. Rather than try to emulate a more detailed image, the OSSC works by doubling, tripling, or even quadrupling each set of lines. This gives you the crispest, cleanest image you’ll get outside of using an emulator, and you’ll still get to enjoy the original control scheme. It replicates the original CRT look, which is perfect for older, 8-bit games. 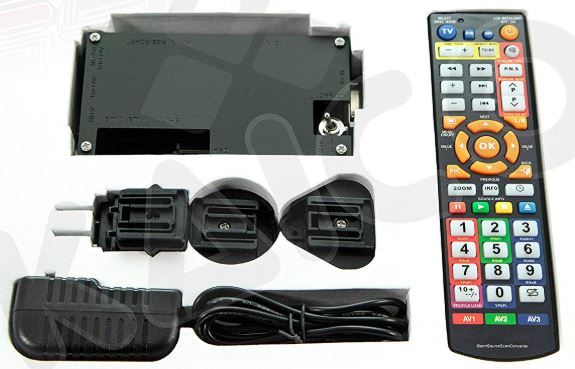 One problem with a lot of earlier converters is that they introduce some lag into the signal. This can cause some problems with games like Duck Hunt, where the game relies on precise timing between the controller and the screen. However, you might be disappointed if you’re intending to do any retro streaming. Because the output on the OSSC is a bit finicky, many users have reported problems with recording anything from the HD output using a splitter.

This leads us to the OSSC’s biggest limitation, and it’s nothing Kaico can do much about. Different HDTVs can be finicky about properly receiving an upscaled signal, and depending on your brand and model, your results are going to be hit or miss. For example, suppose you’re upscaling an old, 240p image. Ideally, you should be able to upscale it to 960p by quadrupling the lines, or even to 1080p by using the OSSC’s 5X mode. However, many HDTVs will only accept a 720p or even 480p signal from the OSSC. 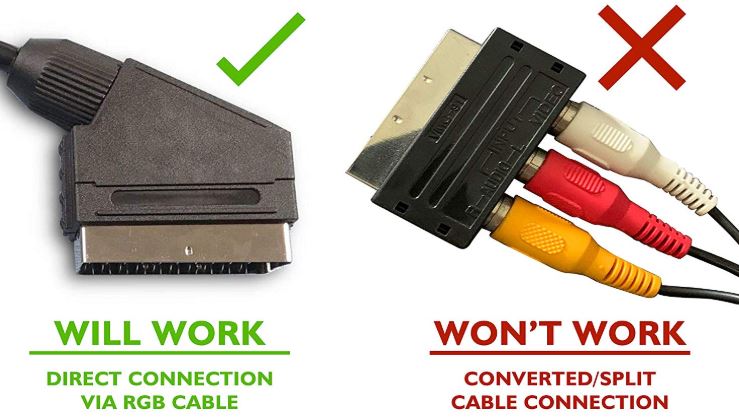 To make matters worse, different game consoles use different resolutions to begin with, and different games on the same console can even have different native resolutions. So, for example, if you’re playing a 240p game on a 1080p TV, you can use 5X mode just fine. However, if you switch to a game that plays natively in 320p, the resulting, upscaled image will be too large for your TV, and the OSSC will need to rescale, which will cause the screen to flicker momentarily.

This is only a minor annoyance on older 8-bit and 16-bit consoles. 8-bit games are almost exclusively played in 240p, and while some 16-bit games use a larger resolution, they tend to be consistent within a single game. However, when you get to 32-bit and 64-bit systems, games sometimes switch resolution within the game itself. This often happens when transitioning between menus, cinematics, and standard gameplay. If you come out of a cinematic directly into a gunfight, a few seconds of screen flicker can turn an easy fight into “game over”. 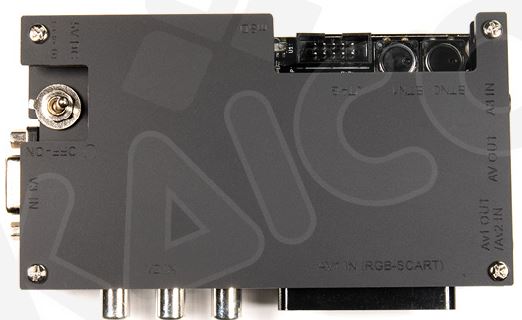 For non-gaming purposes, you might be better off with a basic RCA to HDMI adapter. These devices aren’t necessarily the best for old analog systems, but they’re a great way to connect your old DVD player, or a medium-generation gaming console like the original Xbox, PlayStation 2, or Nintendo GameCube.

Before we wrap up, here’s a quick overview of the Kaico Converter’s specifications. If there’s something you’ve missed – or something we missed – you’ll find it here.

When you’re thinking about upscaling your video, the most important question should be which method is easiest and most effective. So, whether or not you need the Kaico OSSC is a matter of what type of game system you’re playing. 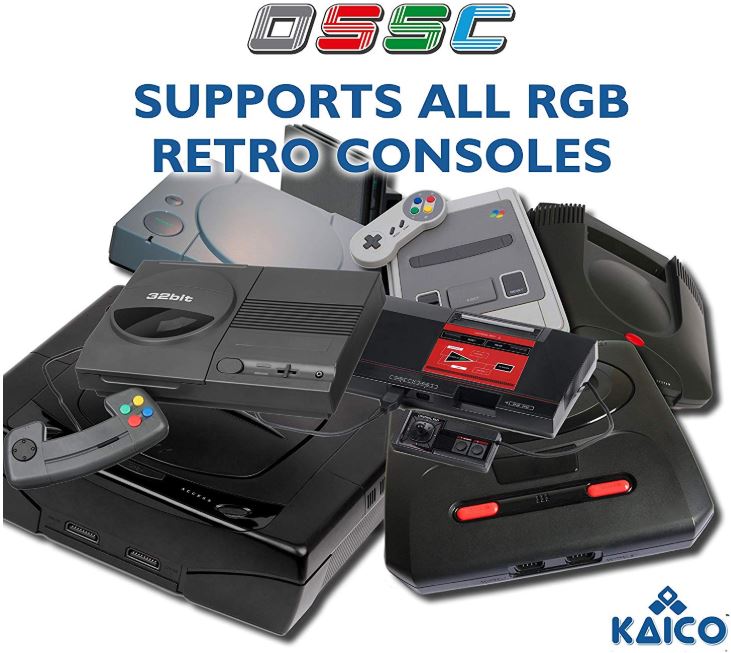 For some middle-generation consoles, like the original Xbox and Playstation, the signal will already be digital, and most modern televisions will be able to handle upscaling just fine. The ability to connect these systems is more of an added convenience than anything, if your TV’s HDMI ports are all otherwise occupied.

The real advantage of the OSSC is the fact that it converts interlaced, analog video into deinterlaced, digital video. As a result, you’ll get considerably better results when you’re playing with older game systems that were designed primarily for CRT TVs. If you want a well-designed signal converter for playing your old NES or Sega Master System on your brand new TV, the OSSC is an excellent, well-engineered solution.

Check out the original review here at: Original OSSC Review