Why the original xbox is my favourite console

Back in 2002 when the song charts were topped by Nelly and Kelly Rowland’s – Dilemma and life consisted of school, gaming and sleeping … the good days, I had no idea I would find my first love … waking up that fateful day, running downstairs to see a gift wrapped box and a note ‘happy birthday hope you enjoy this and ill see you later, love Mum’

Well little did she know that would be the first (of many) days that I bunked off school.

Hooking up the power supply and composite (back then I didn’t know any better) and seeing that splash screen come to life still gives me butterflies. This was when I knew I was a gamer.

Putting in the disc that came free with the console I played Jet set radio future until my fingers bled.

Now looking back a big part of the Xbox for me personally is nostalgia, that feeling of being back in 2002 is something I long for on hard days at the office.

Now as you may all know Sony’s play station 2 was topping the charts and EVERYONE (and their grandmother) had one. The Xbox was seen as an unknown unwanted contender however when the time came to decide who’s house we were going around my name would always come up … why? … because I was the only one with something a little different.

Friends would come round and be amazed that we could play Sega GT AND listen to music burned off of my favourite discs at the same time, the graphics (whilst nothing to today’s) were amazing (even with composite) and the benefit of an internal HDD was something of a godsend.

Years passed with the Xbox being my main port of call for gaming and then later when the PS3 and XBOX 360 came out I upgraded and the original Xbox laid covered in dust for more time. Then out of the blue, a random google search led me to a blog and that blog opened my eyes to a whole new world of possibilities … XBMC and modding.

All of a sudden my old unused Xbox had a new lease on life.

How about you? What’s your favourite consoles? And why? 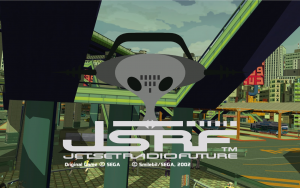